Over the eons of known history, there has ever been one constant: change. Nothing stays the same for long, for chaos is ever-present within the vastness of the cosmos. But the story of the rise of the Titans, or their children the Olympians, who rule our homelands even now, is not the focus of the tales we tell now.

This is not a story about the expanse into the stars, the triumph of discovery, the thrill of conquest, or how an empire gained control over known space. This is a story about its end.

We often say that everything has to come from something, but for the Primordia, this is not true. Everything that we understand about the universe, its inner workings and marvelous complex beauty, is meaningless to the Primordia. Should they so desire, they can snuff stars out, create new ones, tear holes in reality, shatter planets, bend the cosmos to their whims. They are neither dead nor alive—they simply exist and are eternal. If they have ever taken the shape of a mortal, as the Titans and Olympians often do, no one has ever survived the encounter to record it. Some speculate that physical forms cannot hold the magnitude of their power, while others say that a fleshly body has as much meaning to them as a gnat might to us.

Of the six known Primordia, Gaia has affected the outcome of our histories more so than any other. It was their children that spread among the stars and claimed them, it was their grandchildren that rule us now. While all the Primordia have left their offspring scattered among the stars, none were as prolific or as apt at creating life as Gaia was.

Everyone assumes that the Primordia still exist. Those that seek to find their true presence turn up empty-handed, or are driven mad by the paths their searches led them on. Still others are found adrift in nullspace, or caught in gravitational anomalies.

Space is vast, after all, and mortal lives are so very, very short.

A discussion of recent history cannot begin without discussing Prometheus. The exact date is uncertain, as the disaster that affected the archives of Dothero-3 wiped out many of the historical accounts of the Titanomachy.[1] As many deities have done throughout history, Prometheus favored several species and fostered their growth, but none so much as their humans. Even with their divine foresight, Prometheus was fascinated by their constantly changing natures and how they seemed to resist their destinies, fighting against what the Fates had cast for them.

[1] Author's Note: I speculate this was done to destroy many of the treaties and holodiscs on file there, allowing parties to operate unhindered in the Wastelands. But I digress.

As stated, an exact accounting of the Gift are not available, and the stories that humans tell about their Patron are hard to prove. Most of the stories say that Prometheus had a vision so profound and terrifying that they went to the Fates to unravel its meaning. None may enter the Syga system and not be affected by them, for the Fates are no children of Gaea, and no friend to those who are. Whatever fears a being like Prometheus might know is beyond our ken, but from that journey, Prometheus returned with a gift for their humans: schematics for what they called the nullspace drive.

It is necessary to point out to readers that are accustomed to the ease of travel throughout the stars that this was not always the case. Traveling through nullspace was a right of the divine, as they were the ones able to open and close the portals at will. Transportation was tightly controlled, and no one could move without their knowledge.

Some refer to this event as Prometheus's Betrayal—a phrase no doubt learned from the gods that were horrified at Prometheus. Somehow they created a means to perfectly distill that ability in a device that could be added to spacefaring vessels. No longer would mortals have to give the appropriate payment for passage: they could go where they willed. For the mortals that could now move freely, they called it Prometheus's Gift, and the devices that allow travel are more commonly known as Promethean drives.

To this day, why humans were singled out for this gift[2] is not known. New schematics regularly appear in the minds of engineers and savants alike, whispered to them in their dreams.

The fate of Prometheus is equally unknown, but the shrines and temples in their name were destroyed in a series of punitive strikes. Most assume that it was decreed by Zeus, or even done directly by their hand, and that they threw Prometheus into a prison. Gods are jealous creatures[3], and the punishments that one might devise that could affect an immortal creature are horrifying to think about.

[3] Editor: Bite your proverbial tongue. Do you want Argus to blackout your account for another year?

Notes for the Gamemaster

While I have Neolympus in my head using the Starfinder Roleplaying Game rules, I have always believed that the rules system should not be the focus of the stories you're trying to tell, but rather a means to adjudicate and direct them.

I hope by this point that it is blatantly obvious that Greek mythology and civilization are going to be the main source of inspiration for this setting, but there are going to be a few changes for the kinds of stories that I want to tell.

If these facts of the setting are not to your liking, I want you to re-examine your prejudices and built-in assumptions about gaming. If you don't want to, I invite you to take a derelict ship towards the Churning Wastes (home of the black holes known as Scylla and Charybdis).

The Origins of Me: Gaming

Today is a super special day in my life, because it is the day that a very special person was born in my life--and it ain't me.
Read more 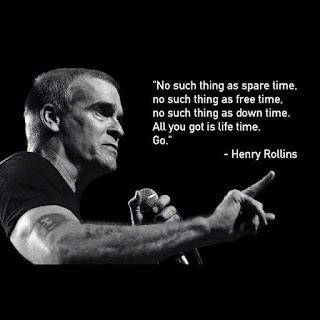